Entrepreneur Ezra Firestone Shares How to Truly Win in Business

Ezra Firestone has had a dynamic existence.

From being raised on a hippy commune in Hawaii, to becoming a professional poker player in the NYC underground scene, and running a pay-per-click and development agency while building out several successful ecommerce businesses, Ezra has continually approached his life with full appreciation for what it might have to offer.

One of those ecommerce businesses, Boom! By Cindy Joseph, a pro-age cosmetic line founded in 2010, has gone on to make 115 million dollars on Shopify in the last five years—with a 20% profit margin. That’s pretty impressive.

So, what are Ezra’s secrets to success?

While he has countless, he kindly narrowed them down to three for us.

Let’s get to them. 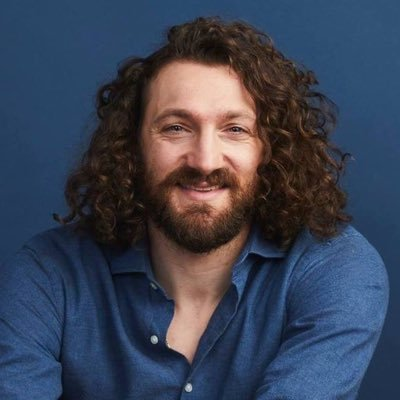 What’s the point if you’re not having fun?

In a world as obsessed with money as ours is, it’s easy to think that the more money you make the happier you’ll be.

His suggestion? Give yourself time.

“I think this sort of fascination our industry has with scale is misguided...it sinks people,” Ezra explained. He advises giving your project at least twenty-four months before judging it.

Business should be a long game, not a short one. And if you’re not intentionally balancing your work and personal life then you’re headed down a path that will likely end in burnout. Ezra would know, having spent the last fifteen years working in ecommerce.

“There are ways you can set yourself up to show up to your life and take responsibility to enjoy it.”

The most important step in having fun with your work is to take care of yourself, plain and simple.

Be proactive regarding your health

Health is paramount and involves both physical and mental wellbeing. For Ezra, this means starting his workday early with tea and time to himself, whatever that may entail. He then meditates, works out and makes breakfast with his wife before diving into work for a few hours.

As Ezra expounded, actively taking care of yourself requires daily vigilance and discipline, and it will look different for every single person. So play! Experiment! Figure out what rhythm feels good to you. The more joy you bring to your work, the more people will want to work with you.

At the end of the day, this is your only life. Not enjoying it seems like a bit of a waste, don’t you think?

Related read: 22 Tips on Growing a Shopify Brand (with a Healthy Mindset) from Ezra Firestone

Add value to the world

Community impact is an integral part of Ezra’s approach to success in business. Why would you (or anyone else) want to give their time to a project without meaning?

Integrity is a necessary component too, not only when it comes to the product and its purpose, but also in how customer feedback is approached.

“I was offered viewpoints most folks aren’t traditionally offered when they’re young—things about looking to create value in the world and going for what feels good and having good relationship dynamics and communication. All of that shaped my view of business.”

By creating more resources out of the original resources available to him, Ezra has been able to give back to his community, and envision ways he can give back even more in the future.

“I believe in anonymous good—putting good out in the world where there’s no credit attached to my name,” Ezra said. 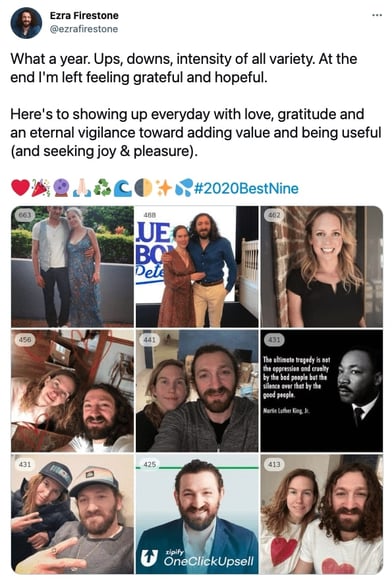 Make sure you're profitable

This may take some time, as well as a fair amount of trial and error, and that’s okay.

Ezra uses a lot of farming analogies to describe his approach to business, one of them being a mango grove. The same way a mango grove in Hawaii will take years of careful planning and consistent watering to flourish, so will a business.

These days, Ezra thinks people often give up on their brands too quickly because they expect immediate success. But being profitable doesn’t look the same for everyone, and if you’ve achieved profitability at any level, whether that be 50K, 100K or a million in a year, you’ve succeeded.

“I always tell people things take time and you’ve gotta be willing to continue at something and invest in it and look for ways to improve it. It may not be an overnight success and that’s okay...it was five years before I did my first million-dollar year.”

#RePost @jasonportnoy @ezrafirestone believes that everyone in the e-commerce industry should "have fun, make incredible products, and make a profit."
Interested in following Ezra's lead? Then catch Episode 20 of the Perfectly Mentored Podcast. pic.twitter.com/6WyVai7GUa

When to use a chocolate-covered carrot

Another analogy of Ezra’s is the chocolate-covered carrot. When talking to people about how to succeed in business ventures, Ezra leads with the chocolate: how to get more traffic to your store. Then he feeds them the vegetable, or in this scenario, the carrot, which represents all the qualities that make a business really work.

According to Ezra, those are, “Integrity, communication, having a valuable product and providing high-end customer service.”

If you have all that in place, traffic will follow.

Key takeaways for individuals looking to succeed in business

“If you’re having a good time, making good stuff and you’re profitable, then you’ve won this game we call business,” Ezra said.

We’re often encouraged to hustle 24/7. Productivity is associated with worth and money with happiness. Whether we are barraged by these messages on social media, by our boss or our family, they impact us, and Ezra’s holistic perspective on business and success is a welcome change.

Hard work is a huge part of success, but so is balance, and finding the right one for you is the challenge.

“The most valuable thing you have is your time. Your goals are as close to you as your shadow, and you can get there by showing up and putting attention every day in the direction of what you want to create.”

So what are Ezra’s three essential tips to succeed at business?

If you want to learn more tips and tricks from Ezra on how to scale your business, you can access an hour-long video presentation from our DTC Beauty Event for free.

If you’d like to stay up-to-date on the Fire Show, including upcoming episodes and Clubhouse conversations, visit joincommerceclub.com and sign up for the newsletter.

Fire Show is a regular show on Clubhouse’s Commerce Club. Each episode will focus on one successful brand and dive into their origin story–discussing strategies for finding customers, problems encountered, solutions discovered, product-market fit, tools, where they’re headed next and more. Matt Schlicht and Ben Parr were joined in this episode by entrepreneur Ezra Firestone and Shopify’s Strategic Partnership Manager Alli Burg.

Matt and Ben are the co-founders of Commerce Club as well as Octane AI, a company that gives Shopify brands the ability to offer conversational commerce to customers on their sites, an experience replicating an in-store consultation and leading to curated product recommendations.

The Personalization Playbook for Ecommerce Marketers

Four Tips on Building a Brand from Sarah Moret of Curie

How to Build a Brand Community: Tips from the Founders of Beardbrand, Tracie Martyn and Snow

4 Tips from Founders to Drive Better Results with SMS Marketing

How to Build a Long-Lasting Influencer Marketing Strategy